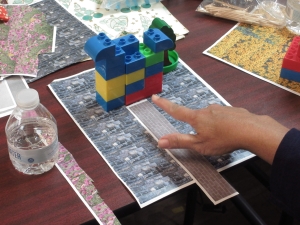 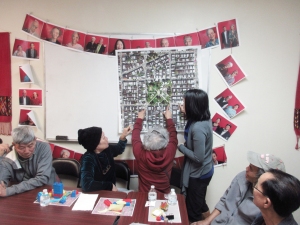 From SEAMAAC’s Hang Tang: There are 20 attendees at the group discussions on 3/1/17. Attendees included: Seamaac’s staff and SEAMAAC’s Planner, Mr. Damon. The purpose of the meeting is about to design, planning, and discussing on how people can initiate and advocate rebuilding the park. During the meeting, all attendees were engaged in sharing their good memory of places that they were considered nice and beautiful. After attendees had recalled their memory, they need to use the art materials on the table to describe and illustrate to the group about their memory. Some attendees expressed strongly verbally toward of how they want to improve the park and some refused to engage into the chipboard activity due to their lack of trust that it’s too good to be true for the park to rebuild again.  My excited toward the group meeting was when elders sharing their hope and vision toward the park of how to improve the park. Attendees had all good ideas and visions toward the improvement of MSP Park. Personally and professionally, I would hope to see MSP Park improvement again.